By The Fletcher School 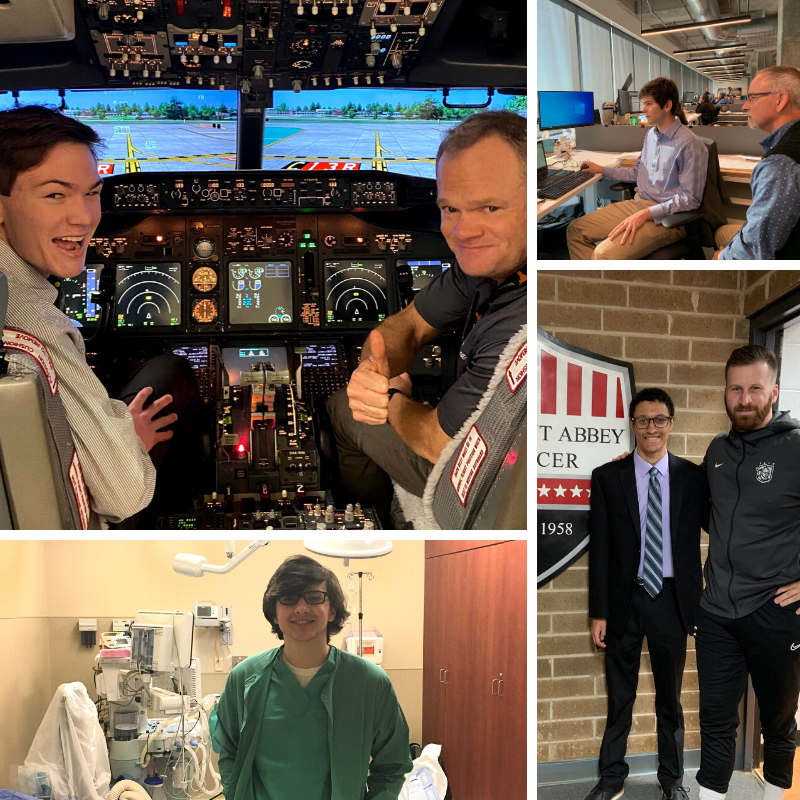 For an entire week this past January, our seniors spent their days shadowing a professional in a field of their interest. This is just one component of a challenging yet awakening Senior Shadowing project that seniors began preparing for in the fall of 2019.

In September 2019, the Class of 2020 Seniors participated in a number of inventories including learning styles, temperament, Enneagram, Multiple Intelligences, and a career survey. They researched possible career choices which culminated in a presentation called “Me: Now & Later.”

Throughout the fall semester, Senior Seminar teacher Danielle Riviere teamed up with administrators and faculty to find professionals who would be willing and able to host a student for a week. By December, most of the mentors were in place.

Mentors then began visiting their mentee’s Senior Seminar class. In addition to discussing their career, the discussion also focused on Universal Career Themes such as: professionalism, taking chances, forming lasting relationships, adaptability, and flexibility. The mentors also shared what 21st Century Skills (soft skills) they thought were most important and why, many chose communication. The students took notes and reflected on three of the themes, making specific references to details the mentors had shared.

During Shadow Week in January 2020, students worked off campus at their Mentor’s place of work between 20-40 hours. They maintained a journal of thoughts, pictures and videos to capture observations and application of 21st Century Skills and Universal Career Themes. They also worked on their “product”. Some project examples included:

Throughout the week, the mentee also practiced interviewing with their mentor. Students then created websites to showcase their week.  To conclude the project, each student had to “pitch” themselves as if they were being considered for a summer job or internship after their freshman year of college. Their classmates served as an interview committee, specifically interviewing the students on what they had  learned through their shadowing project.

Through this project, our Class of 2020 gained skills and knowledge in their field of interest, as well the tools and confidence needed to step into their career and life journey following graduation. This is just one example, of many, that prepare our Falcons to SOAR!

Lorrina Eastman says:
This is such a great program. Thank you so much for doing this!
IMPORTANT UPDATE